Goodfellow Bros.’ Big Island team was honored to receive the following letter from Battalion Chief William Bergin when they jumped in to assist the Hawaii Fire Department with a brushfire earlier this week:

“I wanted to express our appreciation for the assistance from Goodfellow Bros. at recent brushfires, most notably the one at Kamuela View Estates two nights ago. Due to the steep terrain, we could not access the flanks of the fire and had to wait for the fire to come to us knowing that there was a great risk of losing multiple homes once it got to that stage. As usual Goodfellow came through with a quick response with not one, but 2 Bulldozers on scene.

Due to darkness and heavy smoke, the residents could not see all the efforts going on to mitigate this fire. From their perspective, things were not looking good. Throughout the night, the Goodfellow Dozer Operators and firefighters worked in tandem. Just before the sun began to rise, there were no flames visible. As daylight came, I was getting flooded with texts and messages from people expressing their appreciation. They were amazed that we were able to pull this off. Some referring to us as heroes. There were many heroes that night. Our HFD Firefighters, our Volunteer Firefighters, and especially Goodfellow Bros. Without the prompt professional response from Goodfellow Bros., we would still be battling to contain this fire.”

Read more about the story at Hawaii News Now 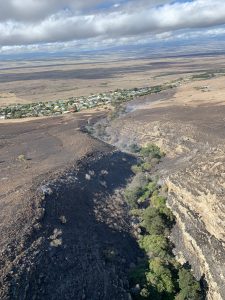 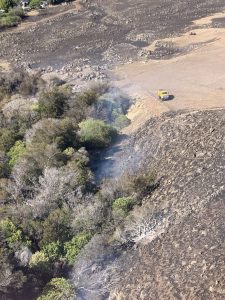