The Army Corps of Engineers discovered a flaw in Howard Hanson Dam, resulting in the dam’s inability to hold back water as designed. Because of this, communities along the Green River were faced with possible flooding until the problem could be resolved.

The City of Tukwila, under an emergency order, hired GBI to raise the levees throughout town an additional three feet. GBI filled and distributed over 7,000 bulk bags on the existing levee and then wrapped them with plastic.

On the opposing bank, Hesco Baskets were positioned and filled with sand throughout the business district. Hesco Baskets are made of a collapsible wire mesh container and heavy-duty fabric liner, and have been used for years as both flood control barriers and blast walls against explosions in military settings. The wall heights were set at a minimum of four feet and in some instances went as high as 12 feet.

After the dam had been repaired, GBI removed all of the levee sand bags and Hesco Baskets. 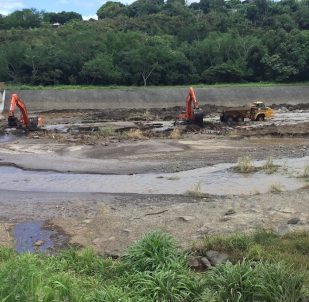 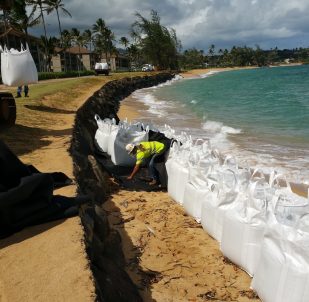 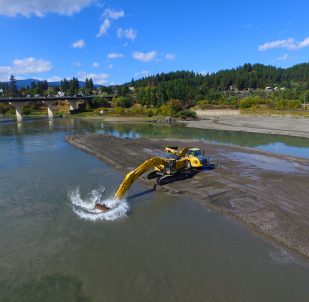