It’s been several months since the catastrophic Camp Fire tore through Butte County, California, but the heartbreaking images are impossible to forget: A town engulfed in flames. Families fleeing their homes with only the clothes on their backs. Evacuees driving through a raging inferno.

The Camp Fire burned more than 150,000 acres of mountain terrain (an area roughly the size of Chicago), damaged or destroyed more than 19,000 structures, and displaced more than 50,000 people. The devastating blaze also claimed 86 lives and caused $16.5 billion worth of damages.

It now ranks as California’s deadliest wildfire, the sixth-deadliest in U.S. history, and the world’s costliest natural disaster in 2018. In addition to causing unimaginable destruction, the fire left behind millions of tons of debris and toxic materials like paint, batteries, household cleaners, and pesticides. In February, SPSG Partners, a joint venture composed of Sukut Construction, Pacific States Environmental Contractors, and GBI’s California Region, rapidly mobilized its crews and equipment to begin a year-long cleanup effort within the town of Paradise, where the fire originated, and provide other recovery support services. SPSG Partners was one of three firms to receive a contract issued by California’s Department of Resources Recycling and Recovery (CalRecycle) to remove debris, contaminated soil, and hazardous materials in the impacted areas.

The initial contract was $450 million, but the amount will likely increase due to additional scopes of work already identified by the state.

In the weeks to come, SPSG Partners will continue to remove more than 1.5 million tons of debris and hazardous waste—everything from burned-out cars to melted cans of paint to mercury-in-glass thermometers. “We hit the ground running,” said Brian Gates, president of GBI’s California Division. As part of SPSG Partners, GBI is helping to sort, load, and haul off metals, concrete, ash, and contaminated soil to various disposal sites located within 150 miles of the affected areas. When the weather permits, crews will ramp up to full capacity; they are expected to manage up to 500 trucks daily—a feat that requires carefully controlled logistics.

“We’ve purchased individual GPS units for every truck to logistically manage where truckers are throughout each day. This enables us to ensure they are taking the most efficient routes and achieving the loop times needed to optimize production,” Brian explained. “Also, we’re utilizing this technology to ensure the hundreds of truckers are operating at safe speeds, following designated truck routes and parking in non-residential areas at night. We’re operating not just with efficiency in mind, but also in a way that minimizes traffic impacts to the community.” In total, the cleanup effort will employ more than 1,000 operators and laborers who will help safely execute the highly visible contract. “SPGS Partners is also utilizing the skills of local residents to aid cleanup efforts,” Brian said. “By providing jobs to those in need, we are creating a win-win for both our joint venture and the community as a whole.” The project is targeted for completion in the first quarter of 2020 and SPSG Partners is working six days a week to remediate up to 75 lots daily. “We are highly motivated to perform this work as quickly as possible,” Brian said.

Throughout its nearly 100-year history, GBI has gone above and beyond to help communities in times of crisis. From wildfires to floods to volcanic eruptions, GBI has mobilized its crews and equipment to assist first responders and help with disaster recovery and cleanup efforts.

“Our efforts to help Butte County align with our organization’s mission to support the communities in which we live and work,” Brian said. “Many times, as we sift through the charred remains of these residential and commercial properties, the owners are present to see if anything can be salvaged. It’s an emotional roller coaster for everyone. Therefore, we’re radically committed to doing everything we can to accelerate our processes and get this community back on its feet.” 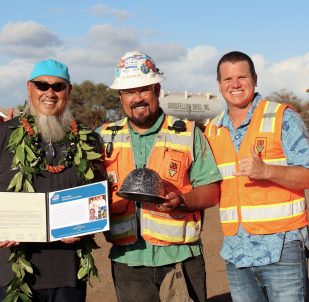 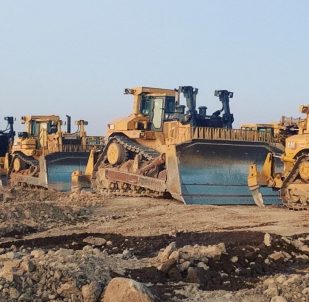