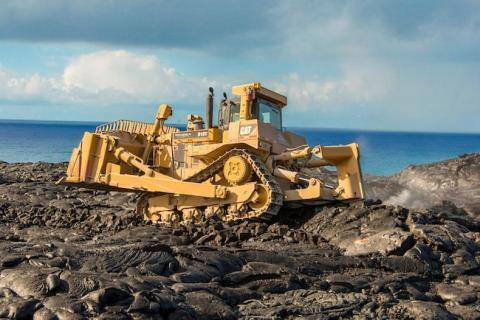 After the eruption of Kilauea volcano, GBI removed a 0.7-mile section of solidified lava in order to create a 24-foot wide alternative route though Hawaii Volcanoes National Park.

Life in Hawaii is often described as having a laid back vibe, but despite growing up on the islands and now living in Maui, Shep Nelson is anything but laid back. A congenial guy with a smile in his voice, Nelson is a great example of a younger fleet manager who is fearlessly embracing many new technologies and blending them with good, old-fashioned community values with which to manage a heavy equipment fleet.

Nelson is director of equipment and procurement for Goodfellow Bros., the 2022 Fleet Master in the large-fleet category, with an estimated replacement value greater than $100 million. Since 2004, Construction Equipment and AEMP have been recognizing professionals in asset management with the Fleet Masters Awards.

Goodfellow Bros. (GBI) was formed at the end of WWI when three Goodfellow brothers sat at a Parisian cafe discussing what they wanted to do now that the war was over. Jack, Bert, and Jim combined their expertise to start Goodfellow Bros. in Wenatchee, Washington, in 1921.

In its first century, GBI has grown to a 1,500-plus-employee company with corporate headquarters in Kihei, Hawaii, and Wenatchee, Washington, along with region offices in Oregon, California, and the Hawaiian Islands. Goodfellow Bros. projects range from wind & solar farms to airport runway rehabilitation to dam building (and removing) to golf courses and elephant habitats.

With more than 1,000 pieces of heavy equipment, Nelson’s responsibilities include standard fleet management tasks, as well as a few that are a bit out of the ordinary, such as shipping a dozer from Washington to Hawaii. (Cost: $60,000.)

GBI has been part of Nelson’s life since his school years. His father had a heavy equipment welding business that frequently worked on Goodfellow equipment. When it came time to find a summer job, Nelson found work at Goodfellow Bros., along with his lifelong friend, Chad Goodfellow.

Shep and Chad attended college together in California, after which Goodfellow went into the family business and Nelson began a 15-year career in luxury car leasing in California. Nelson’s business and financial expertise was a great fit when Chad told him his family’s business was looking for a new fleet manager. Nelson moved back to the island and has managed the Goodfellow fleet for 10 years.

Goodfellow Bros. corporate headquarters is split between its Hawaii and Washington locations. Under this corporate umbrella are four regions comprised of 10 separate offices. Each region has its own equipment manager responsible for their own equipment profit and loss, procurement, acquisitions, disposition, risk management, warranty, and repairs. It is up to each region to operate profitably. Nelson’s 12-member equipment support team is comprised of equipment industry professionals with 20 to 30 years of experience.

Nelson does not have a cookie-cutter methodology for each region to use because there are such vast differences in each area’s environmental characteristics that directly affect that region’s bottom line.

“We run our equipment as a business,” Nelson says. “As director of equipment, I make sure that we keep the rates as low as possible, still always making money in our collective shops. To calculate these rates, we estimate expected costs over the useful life of the equipment—purchase price, salvage value, return on investment, repairs and maintenance, and various overhead costs—all calculated with consideration of that region’s geographic characteristics as a business region.” 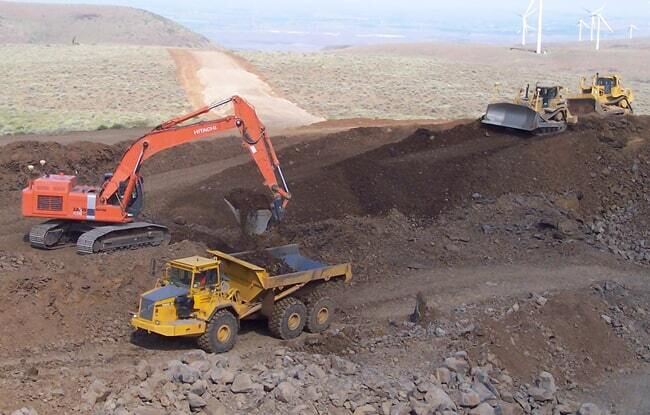 Above: Goodfellow Bros. operates in Hawaii, California, and Oregon. Management of the company’s more than 1,000 pieces of equipment requires adapting to locale and project.

In Washington, for example, the impact of frequent rain, predominantly rock projects, and shorter work seasons forms the foundation of that region’s P&L. On the islands, the corrosive mix of sea salt and grains of old lava causes more wear and tear on equipment, meaning higher M&R costs and a shorter service life for many units.

“Operating a D10 dozer in Washington may have significantly different costs to consider than working on Oahu,” says Nelson.

Nelson says data and technology are second nature to his management style, and keeping track of the variables in each region is his mission. GBI has made use of telematics capabilities for 15 years, and Nelson’s commitment to technology is fully backed by Chad Goodfellow, now the company’s CEO.

“Data is paramount in everything that we do,” Nelson says. “We learned the hard way that hand entering data across multiple systems is a great way to make a lot of mistakes. Making decisions with bad data is much worse that not having the data at all.” Nelson has incorporated Microsoft’s Power BI, a sophisticated centralized data visualization platform that allows everyone on his team, as well as other department managers, to view real time information on GBI projects, vehicles, and performance. The BI platform also allows Nelson’s team to create possible future scenarios based on the aggregated current and past data.

“Every mechanic has an iPad, and we manage all repairs and track all time using our mobile mechanic software suite,” Nelson says. “This suite includes a dispatcher module, fueling module, and, of course, a management tool.”

Power BI’s web-based platform connects GBI’s equipment and field data gleaned from staff smart phones, tablets, and computers, creating a dynamic dataset on which to base decisions for operations, safety, equipment management, and financials. Nelson says the Power BI technology empowers everyone to quickly see daily field activity and pull data to support what is and what will be. Top-down report creation and information distribution is being replaced with user-driven reporting, allowing all the GBI users to make data-driven decisions that are user-driven.

“Our corporate shop in Hawaii oversees the PM and equipment repairs in all our regions,” he says. “We do our own PMs and small repairs in the field with our field mechanics, but we outsource all our major repairs to the dealers in Oregon, Washington, and Hawaii.” 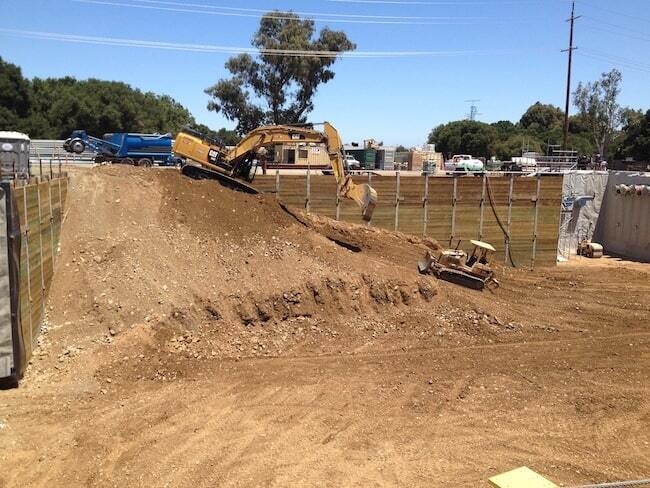 Above: At an energy plant project for Stanford University in California, GBI moved 60,000 cubic yards in two months. It also installed underground utilities and paved flatwork, roadways, and walks.

Regional differences not only dictate the type of wear a vehicle endures, but also acquisition and disposal of equipment. “Because most of the work we do in Hawaii, Oregon, and Washington is in rock, we keep very new equipment fleets there, and we try to have warranties that match the time we keep equipment in these locations,” Nelson says. “In California, we move dirt, which is not as tough on the machines as moving rock, so we keep the machines longer and maintain our own fleet in our own facility.”.

Nelson recognizes that to hold each region responsible for its own P&L, he needs to support his staff’s regional independence and trust them to make decisions fitting the unique working conditions in each area.

“In everything that we do, we try to keep a delicate balance between creating enough policy so that the regions do not need to spend time and money duplicating policies across all the different regions, while making sure to allow enough lead to foster an entrepreneurial spirit in the regions,” he says.

This trust extends to every member of the company. Goodfellow Bros. operates as if every worker in the company shares in the responsibility to make sure the right thing is always done, safely and effectively. This trust is reflected in GBI’s core safety value. Nelson cites this example:

“Every operator is required to do a daily walk-around to ensure his/her machine is in safe working order. If the operator notices something that needs repair, he/she can immediately report it to the maintenance and repair department without jumping through hoops and miscellaneous gatekeepers.” Nelson trusts the judgment of his crew and operators, and provides an environment where the operator’s concern isn’t questioned or dismissed out of hand. “Everyone’s contributions have equal weight. We are responsible for each other.

“Our vision statement for our equipment team is this: Keep the Dirt Moving. This is what we think about every day,” says Nelson. “How will this decision impact that one goal, to keep the dirt moving?”

And that D10 that is heading to Hawaii? Easy. “We move our equipment all the time,” Nelson says. Even at a cost of $60,000 per trip, he says it is sometimes more cost effective to ship the machine to where it is needed rather than acquire a similar one near the project site.