Located in East Maui, Wailuanui is a small village steeped in Hawaiian culture. Here, local farmers cultivate kalo, also called taro, in irrigated terraced patches, known as lo‘i. With the help of GBI, this traditional practice is thriving in Wailuanui.

In the mid-1800s, sugarcane became the mainstay of Maui’s economy. To grow the thirsty crop in the island’s dry central valley, sugar plantation owners tapped East Maui’s rain-fed streams. This resulted in a vast system of ditches, flumes, and tunnels that transported more than 100 million gallons of water each day. For more than a century, the system diverted water from the valleys and gulches that had once watered East Maui’s lo‘i kalo (wetland taro patches).

In 2016, Hawaiian Commercial & Sugar Co. ended its operations on Maui and announced it would restore several of the East Maui streams that the irrigation system had previously diverted, including the East and West Wailuanui Streams. With the water returning to the streams, several East Maui taro farmers needed to restore or replace the existing water delivery systems, many of which had fallen into disrepair. 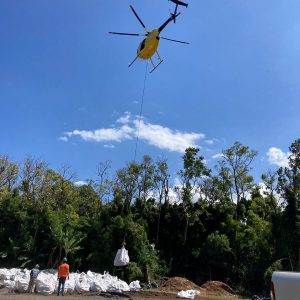 In 2018, the Hawai‘i State Legislature appropriated funds for water system improvement projects in East Maui. This included the East Maui Water System Improvements at Wailuanui Project, which called for the reconstruction of an irrigation ditch that supplies water to Wailuanui’s lo‘i kalo. GBI’s Maui Region began work on the project in September of 2021 and completed it in April of 2022. The scope of work included the installation of soil nails and shotcrete, the removal of dense vegetation, and the installation of grouted riprap in the ditch.

The project had a number of distinctive characteristics. For one thing, the jobsite was located in a mountainous area with limited access. This meant that heavy equipment could not be brought into the work zone, which made the job more labor intensive. Additionally, GBI used an MD 500 helicopter to bring in the rock for the grouted riprap. In spite of the challenges, GBI successfully reconstructed the irrigation ditch, and by doing so, improved the delivery and quality of water.

For many of the Maui Region employees, this project was especially meaningful. Several of them have a connection to Wailuanui, either through family ties or taro farming. This created mutual respect between GBI and the local farmers—to such an extent that the community has requested that GBI be the contractor for upcoming work in the area. 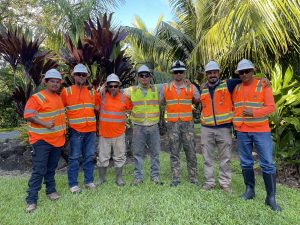 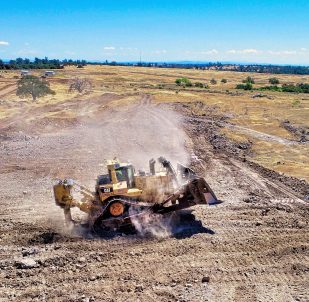 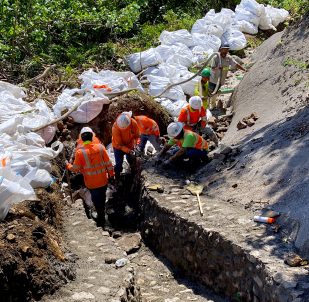