Whether it’s paving new roads or rebuilding after disaster, constructing next generation energy sources or laying pipelines of opportunity, Goodfellow Bros. (GBI) has been an integral part of the development of the West Coast and Hawaii over the last century.

But it’s not just the scope and scale of capabilities that distinguishes the GBI legacy, it’s the singular focus on people that was established by the three founding brothers, Jack Goodfellow, Bert Goodfellow, and Jim Goodfellow, in the then small farming town of Wenatchee, Washington, and continues today.

What has set GBI apart for 100 years is a tangible culture of community that is recognized and appreciated by employees, partners, and customers. Susan Ireland, Fish and Wildlife Department Director for the Kootenai Tribe of Idaho, summarized, “They have a very special ability to connect with the people they work with, which stems from a company philosophy that encourages those connections.”

With a people-first priority, this family-owned company – now in its fourth generation of leadership – has grown to become one of the industry’s leading heavy civil contractors with more than 1,300 employees and union/non-union workers all while holding tight to the core principles of its forefathers. 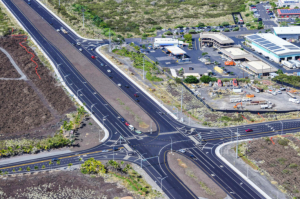 GBI’s first job in 1921 was indicative of how the three brothers would build their company and their reputation. Contracted to support the construction of the remote Swakane Road project in Wenatchee, the three were challenged by limited resources. With no nearby restaurant or living accommodations, the brothers built an on-site camp and cookhouse to support about 40 workers. They also established a small night school to help those who were immigrants earn citizenship. The emphasis on employees set a benchmark for the care of all future employees.

Over the course of the following 100 years, that same focus on people would extend across every subsequent generation. James “Jim” Burwell Goodfellow, Jr. – son of Jim, Sr. – was president of the company from 1965 to 1992. It was Jim, Jr. who put in motion the move of the company headquarters to Maui, Hawaii. At the time, The Boeing Company asked GBI to partner on a bid to build a sewage-treatment plant in Kihei. The partnership won the contract, which would lead to more infrastructure projects on airports, roads, parks, and educational facilities on the islands. Steve Goodfellow – Jim Jr.’s son – would become president from 1992 to 2011. Then Chad Goodfellow – Steve’s son – would take over in 2011, serving as president until 2018, and CEO and president until 2020 with Scott Blaine’s promotion to president. Each generation focused on opening new doors of opportunity for the company and its employees.

“Every one of us started in the company as labor,” said Chad. “Working in the field is a big part of our family values. We learn very quickly that it’s the people who lay pipe or move earth that make our company successful so it’s important that we have those experiences. Those friendships made on a job remain today and drive our growth.”

Leadership such as division presidents Lane Shinnick (Washington), Joe Correy (Oregon) and Ed Brown (Hawaii) are also long-term GBI employees who came up through the organization. And despite its size and geographic spread in California, Oregon, Washington, and Hawaii, the company maintains an employee retention rate well above 95 percent.

Most believe that it’s the company’s people-first approach that attracts and retains employees. “Like other companies of our size, we offer profit sharing, 401(k) retirement plan, and a strong benefits package, but that’s not what keeps our people here,” said Scott Blaine. “We firmly believe that people don’t quit companies – they quit people. Employees won’t leave if you treat them right, and the leadership team spends a lot of time at group events in the regions just breaking bread and sharing experiences with the employees, which builds strong social bonds.”

Chad confirmed, “When we say we want to be the contractor of choice for employees, that means we want people to want to work for us.” 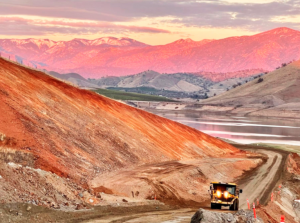 The Tools Over Time

Keeping good people requires a focus on tools and technology – an investment that is considerably different today than 100 years ago. “My great grandfather used to estimate project costs by the number of bales of hay needed to feed the horses that pulled the equipment,” said Chad. “Now we’re counting the number of global navigation satellite systems (GNSS) enabled excavators and dozers.”

“Technology is a critical piece of what we do,” he continues. “The ability to try new things is another one of the exciting things in this industry.”

The company has built strong relationships with equipment and technology manufacturers such as Caterpillar, John Deere, and Trimble to maintain its technology leadership. For instance, in the 1970s, Caterpillar looked to GBI to test the new D10 tractor, which included the first elevated drive sprocket. Before it went on the market, Caterpillar asked the GBI crew to “run it into the ground and report back any issues.” That was the beginning of a long history of working together.

In recent years, the focus has turned to machine control and GNSS. The widening of a 5.2-mile stretch of the Queen Ka’ahumanu Highway in 2018 is representative of technology’s influence. GNSS eliminated the need for stringlines to support the construction of waterlines, gravity- and force-main sewer system, and a recycled wastewater line while drone-captured data recorded volumes of material moved on the ground. In fact, every region in the company has at least one licensed drone pilot to support project visualization, quantity measurements, and management.

Another example of technology at work is the cleanup following the infamous Camp Fire of 2018 that devastated Butte County, California. GBI purchased GNSS units for every truck – about 500 – enabling drivers to take the most efficient routes, achieving the loop times necessary to optimize production, ensuring hundreds of truckers could operate at safe speeds throughout the operation, and minimizing traffic impacts to the community. In total, the cleanup effort employed more than 1,000 operators and laborers along with utilizing the skills of local residents to aid in cleanup efforts. Of note, GBI, with Teichert and Odin Construction Solutions, has been contracted to execute the CalRecycle 2020 Fire Debris Removal & Hazard Tree Removal Services project to help restore the California communities devastated by more than 8,000 wildfires this year.

In a further commitment to community, the company also shifted to 100 percent renewable diesel made from waste products for equipment in 2019. Looking ahead, Chad said, “Our equipment is giving us so much data about work accomplished during the day. Using business intelligence to pull all that data together for real time decision making is really exciting for both safety and improved productivity.”

GBI’s talented employees and technology focused workflows have opened the door to many construction projects over the last century. Washington’s Grand Coulee Dam in 1933 was one of the first signature projects, which required the company to excavate 2 million yards of material.

Since then, the company has completed a myriad of projects on the West Coast and Hawaii, building critical infrastructure that has transformed regions and connected communities over the past century. The range of diverse and complex heavy-civil construction projects run the gamut from high-tech campuses to master-planned communities to entertainment arenas and environmental restoration projects. Renewable energy projects, both wind and solar, have become an integral part of the company’s portfolio over the last decade, especially in California, Hawaii and Washington. The company is particularly good at remote projects that require seamless coordination of people, equipment and processes – much like the first project on the Swakane Road 100 years ago.

On all projects, no matter the scope, scale, or complexity, the community culture established by the company forefathers is firmly rooted in the GBI approach, and one that every employee celebrates in this milestone year. As part of its centennial celebration, GBI is offering a $50,000 grant to a charitable organization located in, or directly serving, a community in which it lives and works.

“It is amazing that the values set by my great-grandfather and his brothers over a century ago still hold true today. These values are rooted in our commitment to our people, our clients, and our community,” said Chad. “We’re always balancing growth while maintaining our core values. It takes a lot of work – but we believe our people-first approach is our special sauce, and what makes us successful.”